Running the Country Fayre Classes can be a thankless job – which is possibly why Bradfield struggled to find anyone to do it for 2016 and you ended up with me! With a lack of support early on I was advised to ‘reduce the number of classes’, ‘double up’, ‘make it easy’ etc. I don’t tend work like that and it wouldn’t really be #YFClife if it wasn’t a challenge now would it?

100 hundred classes were published (yes, a few were doubled up), but I’d like to think that there was something for everybody, even if the overall theme was a little under-whelming for inspiration! I had offered to visit clubs to talk about the classes and hopefully create a little more engagement and encourage entry’s; it was an interesting experience seeing how the clubs go about divving up the classes.

Show day came round quick enough as it always does, and what a fantastic day we had in the superb grounds of Englefield House, looking across the lake and up at the house had been my view all week as we prepared the show ground. What a privilege to share that with Berkshire YFC members and what a setting to showcase the members’ talents – and the members didn’t disappoint. The exhibition tent was well attended by the general public and the entries in the tent were very good. Although the entry levels weren’t particularly high (I am not entirely sure why) the quality was good and there many positive comments from Judges and the public alike. It has to be said I was surprised that basic errors in terms of exhibit size are still being made. I don’t understand why this still happens and Club officers must take responsibility for educating their members about the basics of show protocol – in the main we were lenient, but one or two did fall foul where the indiscretion was too large to ignore. 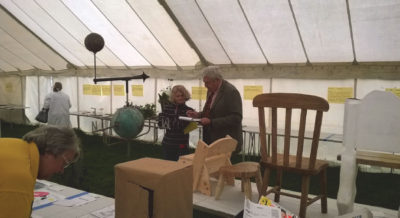 Practically the members gave a good account of themselves, ably assisted by Chris Webber and Pete Harrod on the microphone. The members seemed to really flourish in the public eye with much vocal encouragement from Chris; it was great to see them enjoying themselves – a great advert for YFC. Good numbers of the public witnessed bale pushing, bricklaying, wheel changing, hair dressing and blind folded make-up. And who would have missed Andrew Dawes having his make-up done by both daughters! There were some concerns about the floats with entry and exit to the ring, but ALL the Clubs were on the money with this, and with a number of parents acting as extra marshalls there were no problems. Shefford maintained their hold on the Co-operative cup, but I would like to mention Newbury’s float which just went to show you just need a good idea to make an impression – well done you guys. As for the tug-of-war rope breaking, mid pull… wow. Well done to Shefford and Bradfield who continued with the pull – neither team wanting to let up the strain! 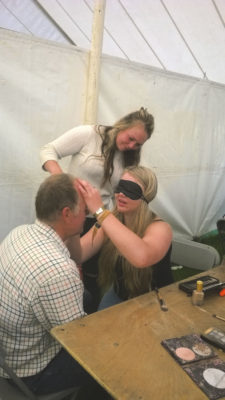 I would like to thank the members and Club officials for the good nature throughout the day, running this many classes was always cause one or two issues, but in general there was nothing we couldn’t sort. I was aware that not all classes ran as smoothly as they might have done but we only managed to get 39 judges and stewards; with a few more officials I think we could have managed a bit more control and been more consistent with things like announcing results, so my apologies for this – something for Shefford to get right in 2017. At the Presentation Evening, held courtesy of the Balsdons at Barn Elm Farm, the cup presentations went very well. Thanks to Lydia and Katherine for ably assisting with this. Congratulations to Bradfield who took the overall points cup, but also whose individuals took five of the top six placings! Quite an achievement in anyone’s book, I’m sure you will agree. 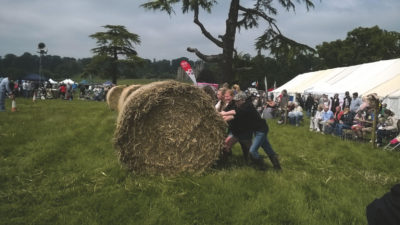 Of course none of this happens without the people behind the scenes and although we could’ve done with some more help, it makes the thanking of all of those that did all the more important. I can’t name them all but I must thank the show committee for such a fabulous day and organising a tremendous venue. Thank you to all of the judges and stewards that gave up their time and everyone that donated or lent or had stolen items that we used, but particularly Jim Balsdon. To Charlie, Julia and Dot who fed everyone. Massive love and thanks to Anne Smith who behind the scenes did the hard work with the scores and results. We do tend to follow a very historic and traditional pattern for the show classes and there is always much talk after these events about making changes, whether to the scoring or the format etc etc. With fewer clubs and members in the County it is perhaps time to address or at least review how things are done but that would depend on some genuine feedback from the clubs and membership. 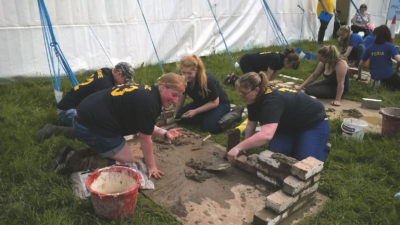 You, the members need to drive this – so if you’ve got an idea or thoughts on the subject then get along to the Exec or get your Exec reps fired up because otherwise it gets forgotten about until next year. My sincere thanks to ALL of the members’ who competed and enjoyed their day; who made the process of running the classes a worthwhile one for me! I said at the beginning of this report running the classes can be a thankless task, for me it wasn’t; seeing the members compete, show off their talents, have a go at new things/ crafts and skills, have a laugh, enjoy themselves, test themselves and compete together is more than recompense for the late nights and the head scratching and the hair pulling. 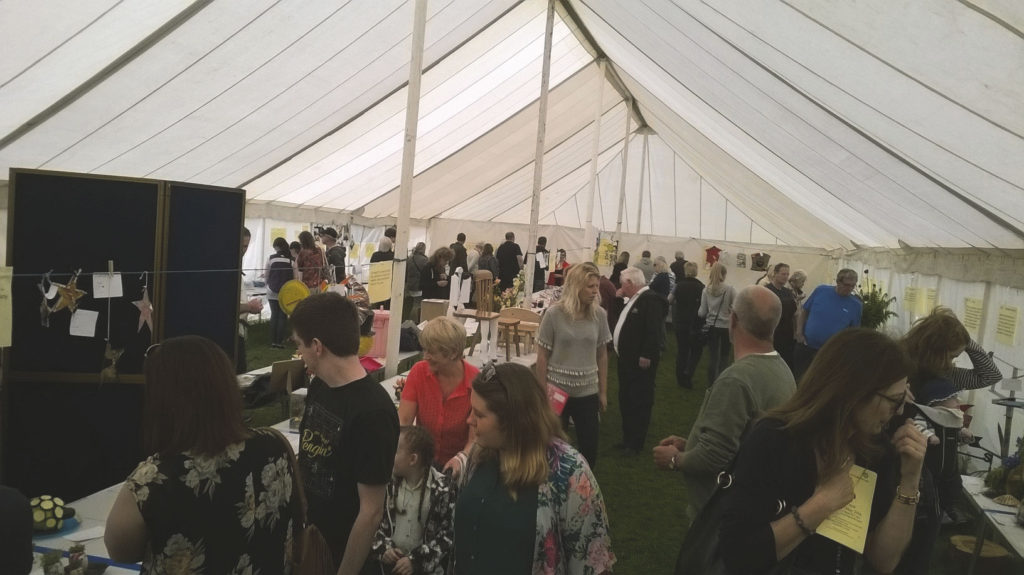